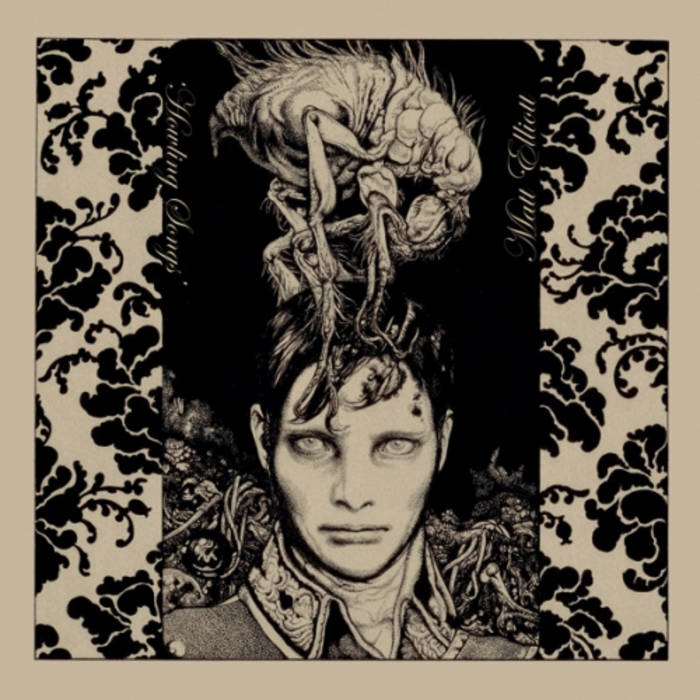 Matt Elliott has rather an atypical course... He used to work under the pseudo The Third Eye Foundation - emblematic figure of the English electronic scene recognized for his atypical electro tinted by drum' N bass. Since his first album under his own name The mess we made (domino records), Matt Elliott turns to compositions much more folk, forsaking the laptop and the machines - which go until disappearing, to return to more traditional instruments (guitar, piano, violin...).

Drinking song puts an emphasis on distant voices and ethereal ambiences. Guitars and keyboards are getting softer, almost affectionate, sometimes overwhelmed by drum n' bass beats that carry the song upward. Choirs and echoes give an almost mystical dimension to the album. All the songs hold the audience spellbound.
To succeed to Drinking songs, because it’s really about songs, Failing songs turns Matt Elliott into a true songwriter. He assumes completely his voice and sings very personal and dark texts (that we can find for the first time inside the booklet.) Songs whose subtle melodies contrast with the hardness of the words because Failing songs is a hard failure report. Between despair and cold anger, the texts talk about the liberal military evolution of the world that the author rejects. The Titles are as sublime as melancholic, bitter and sad, impressed by Slavic music, Greek, and besides, sometimes punctuated of Spanish guitars (the guitar which is from now the instrument of predilection, omnipresent although often combined with the violoncello’s languor).

Howling songs is the magnificent third and last part to the “songs trilogy”. We are back to this slavonic tune, without any definite frontier, whose only and constant heritage finds its roots in European music. This is a very haunted and personal piece of music which is the testimony of a unique talent where moving melodies follow other moving melodies balancing between ballad songs and folk music, madness and reason, revolt and despair. Howling songs sympathises with the surrounding world, it is a definitive observation in which one can feel, throughout the songs, an outraged sensitivity which is the signature of the artist. It is all the more sensitive that Matt’s voice is sometimes present without any chorus in the background, bringing to the whole both confidence and unquestionable heat.

Howling songs is, without a doubt, the most introspective album by Matt Elliott and the one which carries best his musical personality.