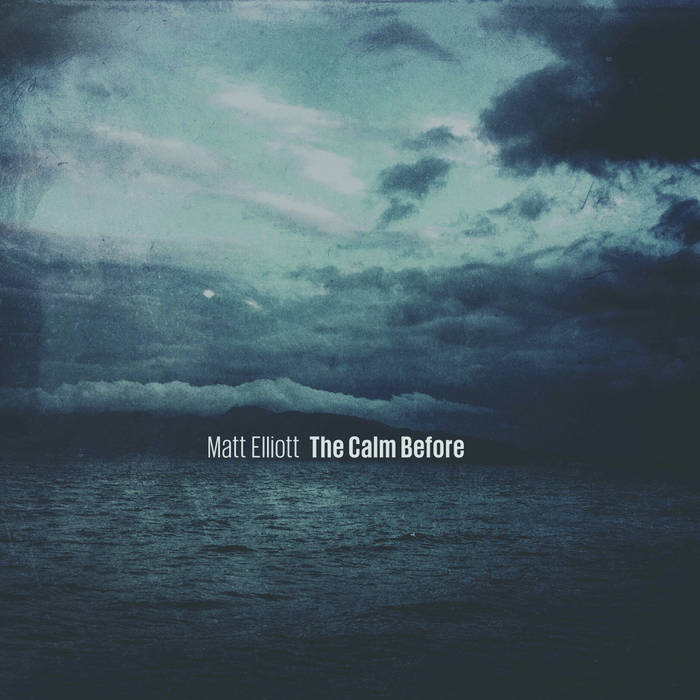 Theodore Cold and warm inside. Favorite track: I Only Wanted to Give You Everything.

As we are now celebrating the 20th anniversary of the release of The Third Eye Foundation’s Semtex, one of the most influential drum & bass albums of its time, it is worthwhile revisiting the career of Matt Elliott, its composer. Matt was not even 16 while he decided to stop his studies to devote himself to his passion for music, getting a job at the famous Revolver records shop, and deejaying in Bristol clubs he
wasn’t legally allowed to enter at this age. Then, and before this press release becomes too boring, we can mention that he’s been a professional artist for 20 years now, being requested by John Peel for a BBC session calling him at his own place, was signed on Domino Records in 1997, was asked for official remixes for Tarwater, Blonde Redhead, Mogwai, Ulver or Thurston Moore, who later invited him to play under the NYC Brooklyn Bridge, he was one of the few artists involved in the reunion of Silver Apples and then touring with them
in the US, toured as a choir singer aside Yann Tiersen around the year 2010, and played hundred of shows as Matt Elliott over UK, Germany, France, Japan, Greece, Italy and Spain/Portugal for years. To finish this name dropping part, let’s notice that he played the greatest festivals such as Primavera and Tanned Tin in Spain, Incubate
& Le Guess Who in the Netherlands, and the infamous All Tomorrow’s Party in the UK. Now, let’s get back to the music, as the new Matt Elliott album The Calm Before, its seventh under his own name, is about to be released digitally on February 5th, and physically on March 4th, 2016. Matt has once again requested producer David Chalmin
and the musicians appearing on his previous record, the more optimistic Only Myocardial Infarction Can Break Your Heart (2013), to deliver six new masterpiece songs following the «A Beginning» intro.
While one could consider these new songs are a logical continuum to his previous records, a deeper listen reveals a strong work of both the musical and lyrical content, showing once and for all what Matt Elliott’s art is about. Folk guitar virtuosity playing influenced by mediterranean countries as well as eastern Europe countries, songs starting from whispered melodies to full noisy storms, his deep and strong voice
reaching another singing level, and his tendency to avoid any well known way of making the music, writing epic anthems.
But one should also consider Matt’s poetry as an art on its own. We tried to ask him to develop the themes of these new songs, but Matt hates talking about his lyrics, preferring to leave the meanings of the songs open to interpretation. But we took everyone and everything Matt loves and put them in a room and threatened it with fire until he actually told us what the hell the songs on «The Calm Before» are about. Here’s the result: «’The Calm Before’ is obviously a reference to the expression ‘The calm before the storm’. The song itself is about those points in life when a storm arrives, be it a circumstance or a person & the mix of feelings, turbulence, trouble that comes with it but a storm also brings something, it clears the air & can push you
into a new situation.» Matt Elliott was brought up in a religious household &, as a result like anyone who has had a religious upbringing, he is deeply psychologically disturbed. ‘The Feast of
St. Stephen’ is a self explanatory song about his thoughts about his childhood & the psychological pressures, abuses and manipulations present in all social groups in organised religion.
To him : «’I Only Wanted to Give You Everything’ needs no explanation, the lyrics are clear and the music expresses the frustrations of rejection. ‘Wings & Crown’ is a song about those who ride high oblivious to the precariousness of their power. It discusses
a grand fall from grace & can be about wishing a prominent corrupt
politician to fall». It’s pointless to underline that the topic can also refers to some egotistical artist, and as it’s often the case, this song is probably about Matt himself. Matt continues : «’The Allegory of the Cave’ is very obviously about Plato’s famous allegory and if you don’t know that, then you should probably just give up and walk into the desert… . But seriously the allegory is about humanity in relationship to the great universe and what lies beyond the Pale. Plato reasoned that humanity is like a man in a cave whose hands are bound and that the universe is projected onto the wall of the cave and although man can see the shadows, unable to turn, he can only guess at what they represent. The song is an existential ramble, are we just a bunch
of cells? Will, what makes our minds, carry on after death?». As an agnostic, Matt would argue that we simply cannot know. In typical pessimistic fashion, Matt argues that both returning in another life to repeat all the suffering and pain we endure and facing an eternal void are both ideas too tragic to contemplate. That guy seems to
never be happy. However, Matt Elliott delivers with The Calm Before another masterpiece, adding a precious stone in his path through contemporary folk music.